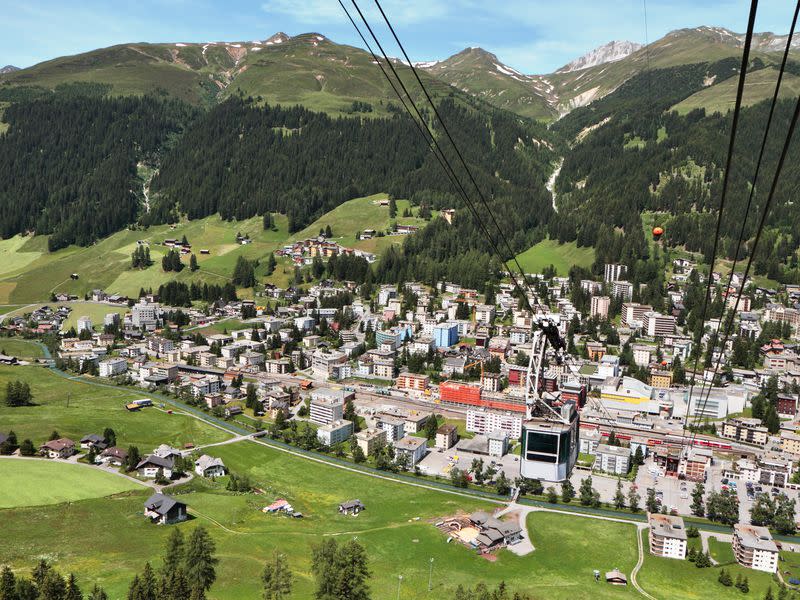 Good morning, and welcome to First Mover. I’m Lyllah Ledesma, here to take you through the latest in crypto markets, news and insights.

Altcoins mostly lost ground overnight with Fantom’s FTM marking the biggest loss amongst the top 20 coins. Over the last 24 hours FTM is down 13.7%.

Tron, a multi-purpose smart contract blockchain, was one of the only gainers today. Its TRX token is up 6% on the day and is up 12% over the last seven days. The platform’s price uptick comes as it announced a $10 million incentive fund to support Terra developers migrating to the Tron ecosystem.

In traditional markets, stocks and futures declined. Dow Jones futures dropped 0.6%, while S&P 500 futures lost 1%. The US dollar was little changed. The euro rose to a one-month high ($1.07) after European Central Bank President Christine Lagarde said interest rates in the eurozone will likely be in positive territory by the end of the third quarter.

Despite the crypto market’s recent price action, bitcoin hodlers have remained pretty unfazed as the number of addresses holding less than one year is at an all-time high.

According to data from IntoTheBlock, there are now 27.65 million addresses holding bitcoin for more than one year, or some 12.66 million BTC.

The stock-to-flow (SF) model, popularized by a pseudonymous Dutch institutional investor who operates under the Twitter account “PlanB,” is a forecasting tool some investors use for bitcoin price.

The model considers BTC’s circulating supply (stock) against its expected production of new supply (flow) to obtain a stock-to-flow ratio; a high ratio implies that a commodity is growing increasingly scarce and is more valuable.

According to data from Kraken Intelligence, by overlaying BTC’s price against its stock-to-flow ratio BTC’s price has trended alongside the ratio over the years.

“BTC’s price continues to diverge less and less from its ratio, which is a 365-day average; when price trends above the stock-to-flow ratio, the divergence is positive (>1), and thus BTC may be considered overbought,” said Kraken Intelligence in its weekly report.

The multi-colored line denotes the number of days until Bitcoin’s next halving, which is when the mining reward for a new block cuts in half. This reduction in new coins (flow) drives BTC’s ratio higher, implying BTC is more scarce and valuable, according to Kraken.

It is worth noting the SF model relies heavily on the assumption that the scarcity of the cryptocurrency should drive value, which might not always be the case. That’s especially true because of the notoriously volatile short-term swings in the bitcoin price.

Features: At Davos, Crypto Is No Longer on the Outside

DAVOS, Switzerland — Even on the trains, you can’t get away from crypto.

WEF attendees were bombarded with signs advertising stablecoin issuer Circle and crypto brokerage Bitcoin Suisse as they got off their plans in Zurich or trains in Davos. Casual passers-by talked about owning shiba inu (SHIB) and ADA. At the end of the day, the crypteratti dispersed to one of the nearby AirBnBs.

“Five years ago, we were the only crypto company on Promenade,” said Sandra Ro, CEO of the Global Blockchain Business Council (GBBC) at a kickoff party at a local church (dubbed “The Sanctuary”) right outside the closed-off conference-venue. “And look at it now,” she added.

Perhaps nothing announced the turbulent crypto industry’s arrival at the world’s biggest business table more than the fact that the WEF itself is holding serious discussions about digital money, with industry participants as key players.

Jeremy Allaire, chairman and CEO at Circle Pay and Brad Garlinghouse, CEO of Ripple, sat side by side on Monday to discuss remittances and digital money at an issue briefing at the WEF media village. The panel, titled “Remittances for Recovery: A New Era of Digital Money,” also included Asif Saleh, executive director of the BRAC, a developmental non-governmental organization based in Bangladesh.

The forum also hosted a discussion on the future of the global economy, the US economy and central bank digital currencies (CBDC) themselves. That’s not to say the forum’s global leaders accept cryptocurrencies just yet – but they aren’t ignoring it.

Link to full story: At Davos, Crypto Is No Longer on the Outside

Today’s newsletter was edited by Lyllah Ledesma and produced by Parikshit Mishra and Stephen Alpher.