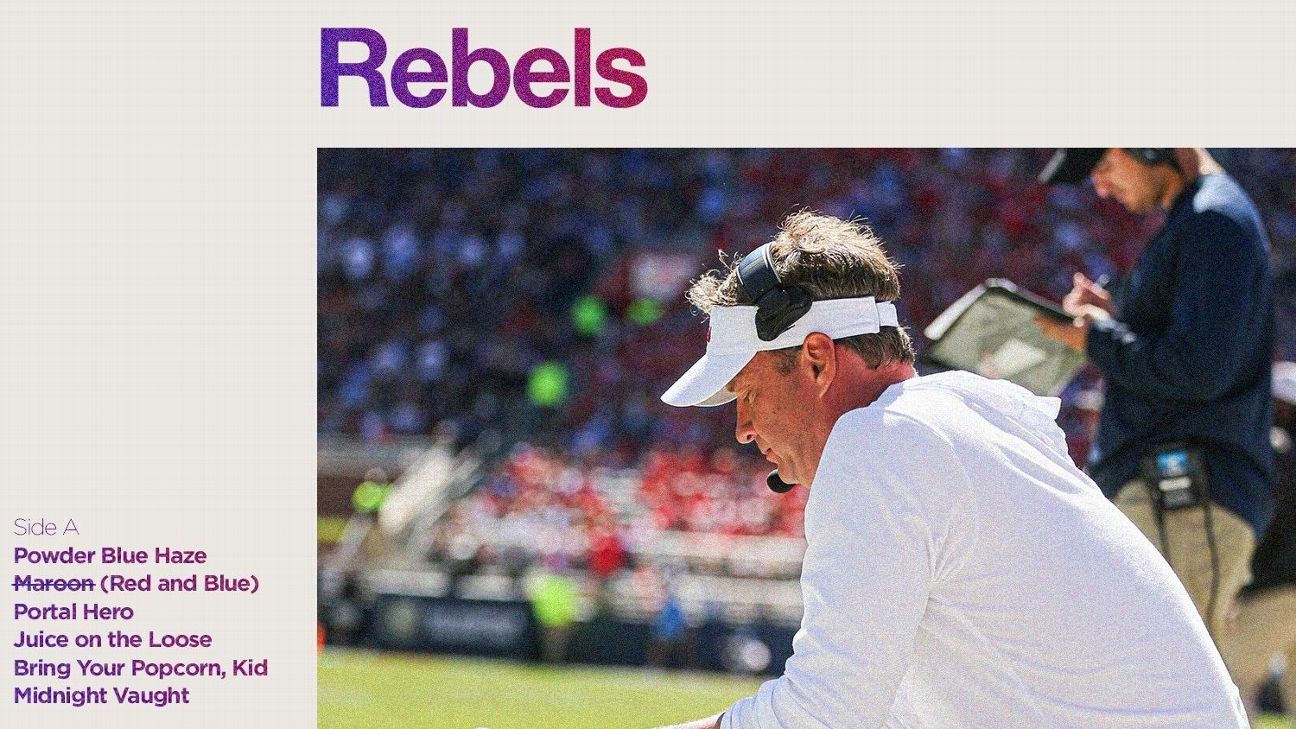 The cover art for the album features a closeup of Swift looking closely at a lighter. It is surrounded by a white border with the track titles listed on the left side. Consider Swift’s visage of her the face that launched a whole bunch of sports memes.

Midnights, the stories of 13 sleepless nights scattered throughout my life, will be out October 21. Meet me at midnight.

Sports teams were quick to replicate the cover on social media. Here are a few of the memes:

The Duke Blue Devils rattled off their hoops accomplishments. The Virginia Cavaliers featured basketball player Samantha Brunelle and carved the titles for all the programs at the school.

Two football teams in Pittsburgh used the meme to promote this weekend’s games.

In F1, Mercedes and Ferrari replaced Swift with their prominent drivers including Lewis Hamilton, Charles Leclerc and Carlos Sainz.

All 44 minutes of it. pic.twitter.com/8jfQvrNgOT

The Ole Miss Rebels and Texas Longhorns also reinvented Swift’s cover. They should get extra credit for their track lists.

Just some tunes for the Road Rebs heading to Baton Rouge 🎶#HottyToddy pic.twitter.com/kVRXgpYidg

Longhorns is a wild ride of an album 🤘 pic.twitter.com/wgAwWZ7t1H

“You’re On Your Own, Bevo” sounds like an absolute banger.