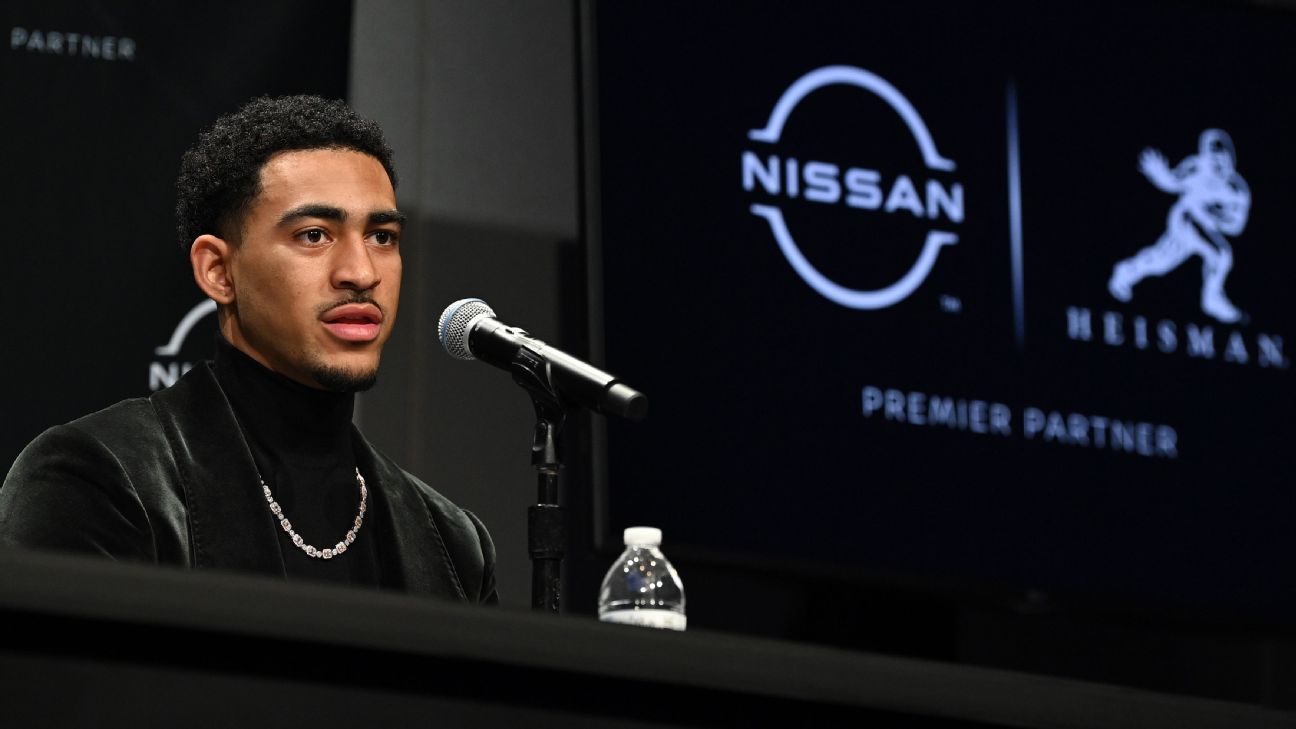 Bryce Young saved the best for last and, in doing so, took home this year’s Heisman Trophy, winning the award at a ceremony in New York City on Saturday night.

During a coaching convention in Texas this summer, Alabama coach Nick Saban drew even more attention when he let it be known that Young, before starting a game, would earn six figures in name, look, and likeness deals, which were made available to the players. college athletes. for the first time this year.

Young not only cashed in, but lived up to the hype, starting with a four-touchdown performance in a season-opening win over then-No. 14 Miami before hitting the road to beat then-No. 11 Florida. two weeks later. Despite playing behind an unstable offensive line, he dazzled with his ability to stay calm under pressure, evade the passing rush and find his receivers downfield. A true passer, he completed 68.0% of his attempts and didn’t throw his first interception of the season until Week 4 against Southern Miss.

In the end, Young’s credentials at Heisman included 43 touchdown passes and just four interceptions. A talented yet reluctant running back, he also ran for three touchdowns.

But it was down the stretch, in a dramatic win from behind at Auburn to close out the regular season and then by dominating No. 3 Georgia and its top-ranked defense in the SEC championship game a week later, Young sealed his victory. by Heisman.

At Auburn, Young and Alabama trailed 10-3 with 1:35 remaining in the fourth quarter and star catcher Jameson Williams left after being sent off for targeting in the first half. Backed against his own 3-yard line, Young led the team on a 12-play, 97-yard drive that culminated with a game-tying 28-yard touchdown pass to first-year receiver Ja’Corey Brooks, who Solo had. two receptions coming into the game.

The Tide’s other Heisman winners include running backs Derrick Henry and Mark Ingram.

Alabama narrowly missed having two Heisman finalists in back-to-back seasons, as star linebacker Will Anderson finished fifth in the voting. A sophomore from Georgia, Anderson led the country in sacks (15.5) and tackles to lose (32.5).