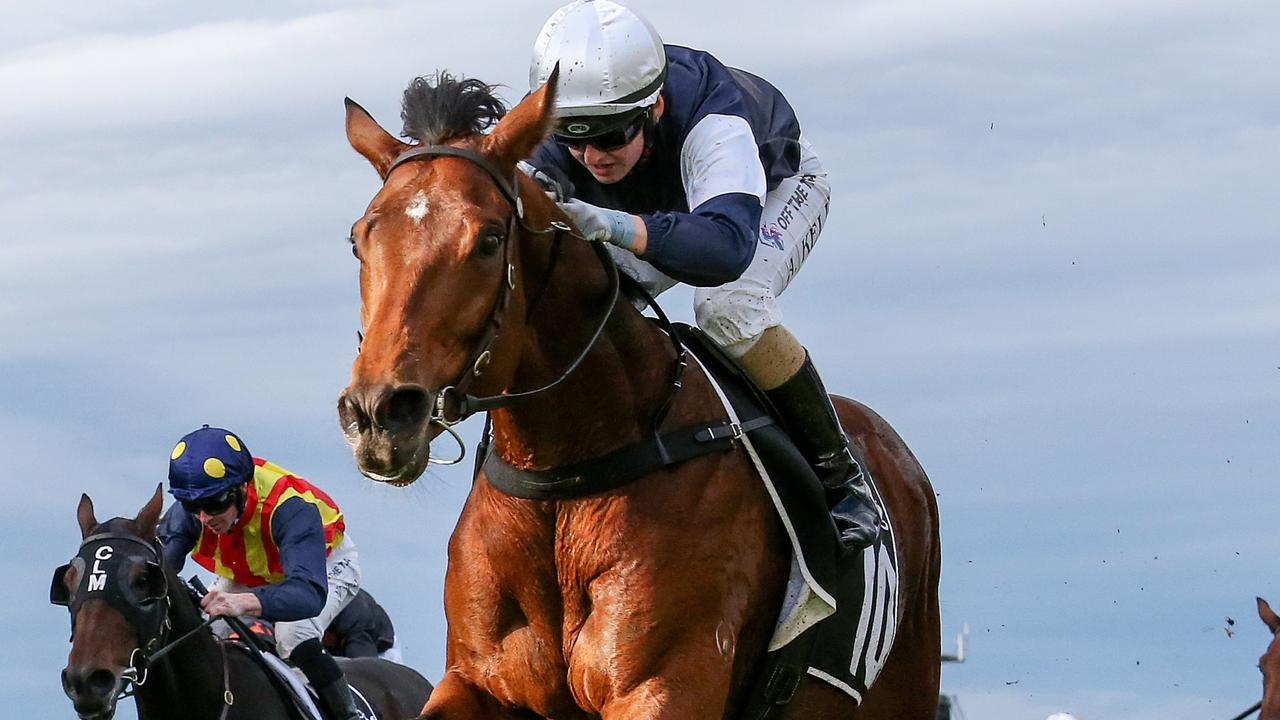 His scratching reduces the field to 23 runners.

Point Nepean is owned by Lloyd and Nick Williams who still have Serpentine in the race.

He was to be ridden by overseas jockey Wayne Lordan.

ULTIMATE GUIDE: Everything you need to know

DUMMIES’ GUIDE: How to place a bet

FULL FORM GUIDE: Why our expert is tipping a big upset

LOOK FOR THE CLUES: All the Cup lead-up runs you need to see

Point Nepean may not be the only horse to miss the race, with Lunar Flare facing a Cup Day inspection after votes reported she presented with lameness.

The horse, trained by Grahame Begg, is rated a $15 chance and one of the best local hopes in this year’s race after winning the Bart Cummings over 2500m two starts ago.

Point Nepean’s scratching is certain to revive the debate about whether there should be emergencies for the race. Currently the TAB does not have the capacity to accommodate more than 24 numbers in the system for a race.

The costs involved in upgrading betting technology is seen as too great for one race, although the TAB has said in recent years it is reviewing the option.

A tight grip on Melbourne Cup favoritism has not prompted any complacency from the Deauville Legend camp leading up to Tuesday’s $8m event.

Many punters have piled into Deauville Legend since the UK-trained stayer drew nine barrier on Saturday, forcing his price to shorten from $3.80 to $3.60 on Sunday.

Deauville Legend is the only runner under $10 in Melbourne Cup betting but his trainer James Ferguson said the Flemington contest would not be a procession for the favourite.

Ferguson said quality stayers such as English Derby runner-up Hoo Ya Mal would ensure a tough test for Deauville Legend.

Deauville Legend will carry 55kg but Ferguson said that weight gave the gelding a chance to win the Melbourne Cup at only his eighth start.

“I do feel that with the weight he has been given, that he’s got a very good chance because he’s coming here with a lot of form,” Ferguson said.

“But it’s an extremely competitive race.

“You’ve got the horse that came second in the Derby, Hoo Ya Mal, you’ve got Gold Trip, who ran so well in the Caulfield Cup.

“You’ve got a lot of really good horses here.

“Obviously we’re full of hope but it’s a horse race at the end of the day and everything has to go right. Ferguson gave Deauville Legend a gallop at Werribee on Sunday morning, which he said would leave the top stayer ready for the Melbourne Cup after a quiet day on Monday.

Ferguson has been part of a previous Melbourne Cup success as Charlie Appleby’s traveling foreman with the 2018 winner Cross Counter.

Like Deauville Legend, Cross Counter was a Northern Hemisphere three-year-old that had only had seven starts before his Melbourne Cup triumph.

McEvoy has won three Melbourne Cups but also won The Everest on Classique Legend for his stayer’s owner Bon Ho in 2020.

Ferguson said McEvoy’s experience around Flemington would be a significant asset.

“Kerrin McEvoy is full of experience, we know him well and he knows the horse well,” Ferguson said.

“He’d also be one of the top jockeys in the world.

“Having won the race three times, with the vast experience of Flemington itself, he knows the track unbelievably well.

“Going into a Melbourne Cup, in my opinion, there is no one better to have on your horse than Kerrin.”

“I’ve always said I’ve been happy with the horse since he traveled over here.

“He’s got into a nice routine and he’s matured mentally since he’s been here.

“It was a very easy piece of work. It was what we call a nice breeze to open the lungs before he has a quiet day on Monday going into the race.”

This story originally appeared on punters.com.au and we reproduced with permission