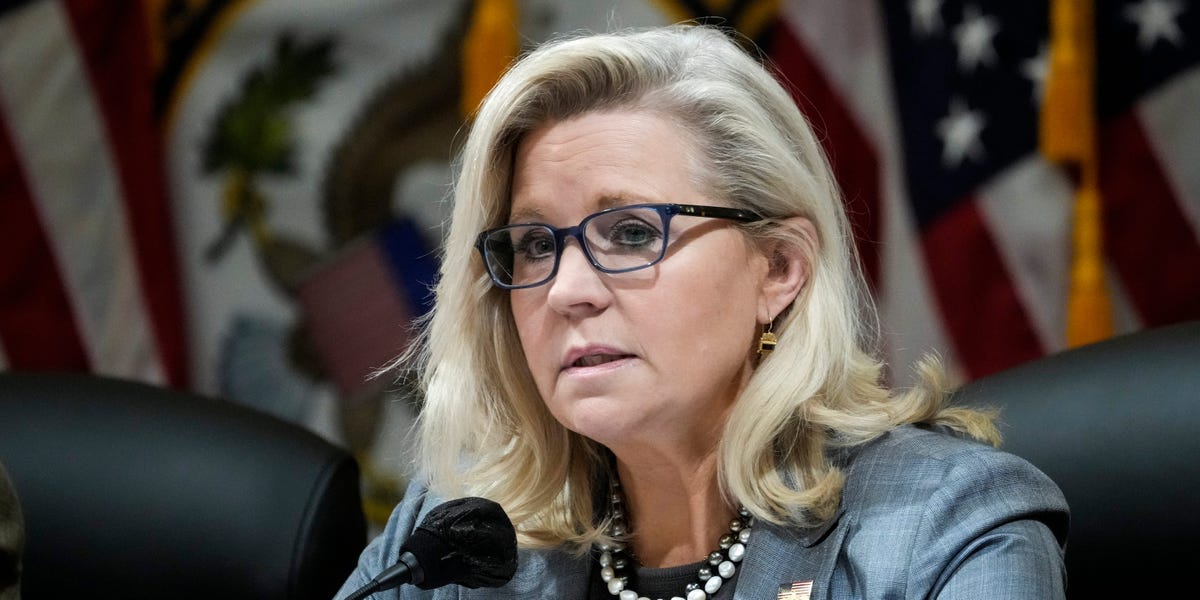 The Wyoming Republican serves as the vice chairwoman of the panel and is one of just two Republicans on the nine-member committee. But unlike her retiring GOP colleague, Rep. Adam Kinzinger of Illinois, Cheney faces a competitive race to hold on to her congressional seat and has been targeted by former President Donald Trump, who has endorsed her primary challenger, Harriet Hageman.

The televised hearings offer an opportunity for Cheney, who voted to impeach Trump for his role in the Capitol riot, to directly make her case to voters back home and defend her stand ahead of her primary on August 16.

Cheney’s team pointed Insider to two interviews she had this week, in which she addressed the upcoming January 6 hearings.

“People must pay attention, people must watch, and they must understand how easily our democratic system can unravel if we don’t defend it,” Cheney told CBS Sunday Morning, adding that she believes the riot was a conspiracy that’s “extremely broad” and “well-organized.”

Some of her allies and supporters hope voters will be paying attention too.

“She has made it her goal to go on a fact-finding mission,” Gunner Ramer, political director of the anti-Trump group Republican Accountability Project, told Insider. “To figure out what exactly led to Jan. 6, what was Trump doing during the Capitol attack.”

“My hope is that the voters see that, and it’s not some partisan witch hunt as some Republicans have argued,” Ramer added.

Cheney has become one of Trump’s toughest critics in Congress in response to the deadly violence that broke out at the Capitol on January 6, 2021. She joined all Democrats and just nine other House Republicans in voting to impeach Trump on a charge of “incitement of insurrection.”

The highest-ranking Republican on the January 6 panel, Cheney has taken the most aggressive approach toward Trump and has pushed for the committee to focus on the former president, according to a Washington Post report last month. Cheney’s colleagues have said she is the most prepared and knowledgeable lawmaker on the panel, the Post reported.

A former Trump ally, Cheney has repeatedly explained his criticism of him in interviews and public statements over the past year. She’s rebuked Trump’s attempts to overturn the 2020 election results, blamed him for the Capitol riot, and called him a threat to American democracy.

Rep. Landon Brown, a Wyoming state lawmaker who supports Cheney, told Insider ahead of the hearings that he thinks the committee “will ultimately get down to a situation where even those people that were kind of on the fence with Donald Trump will see that what he was trying to do was secure his authoritarian power.”

“It will rub a lot of people the wrong way, and I think that the only way to do this is by doing what she’s doing,” Brown said of Cheney.

Though Trump’s most loyal followers have largely already written Cheney off, the incumbent congresswoman is hoping to win over her state by presenting herself as an upholder of the Constitution and a fighter for Wyoming. The stakes are high as the Cowboy State is shaping up to be a battleground between Trump’s MAGA base and traditional Republicans.

“I do stand in support of what she is saying,” Brown said. “But I think that the message needs to be more dedicated to what she’s done for Wyoming, not just about what she’s doing to go after Trump.”

Cheney has said that her goal is to show the public what happened on January 6 to ensure that it never happens again.

“If we really want to understand why January 6th is a line that can never be crossed again, then we really do have to put the politics and the partisanship aside and say what happened,” the lawmaker told Dispatch Live on Tuesday night. “Let’s understand what happened and let’s do everything we can to protect ourselves from it in the future.”

The January 6 select committee, formed in May of last year, has interviewed more than 1,000 witnesses and reviewed thousands of documents for its investigation into the Capitol attack and the events surrounding it. Thursday’s hearing is one of six that the panel plans to hold to reveal its findings. Cheney has previously hinted that the panel has obtained enough evidence to refer Trump for criminal charges, though it’s unclear how the committee will proceed. A January 6 committee spokesperson did not return Insider’s request for comment.