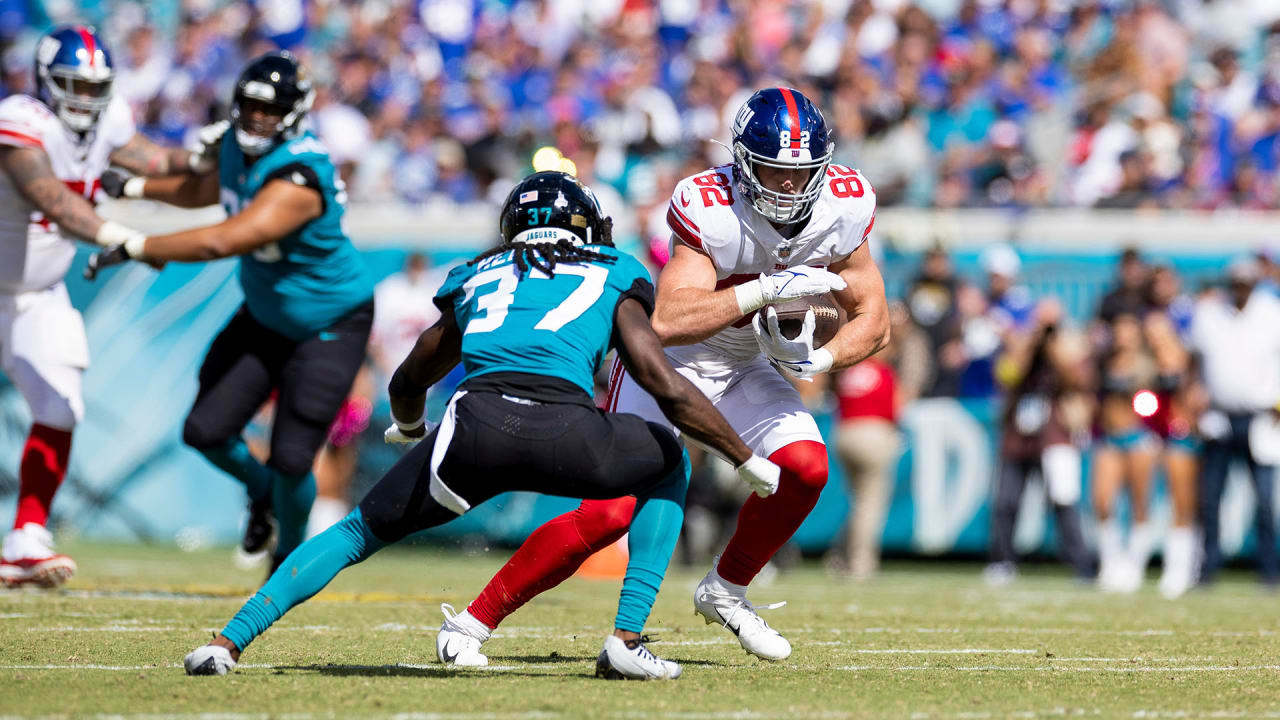 Asked if there was concern about Bellinger’s vision, Daboll said, “I couldn’t tell you 100 percent. I think they’ll do the surgery. I’m optimistic. But in terms of getting into details with it, I couldn’t answer those.

“It’s probably too early to say when I expect him back. We’ll see how this thing goes and I’m hopeful for it, but obviously you never know when things like this happen.”

The other tight ends on the roster are Tanner Hudson and Chris Myarick. Tight end Lawrence Cager is on the practice squad.

Rookie Joshua Ezeudu replaced Bredeson and Tire Phillips stepped in for Neal in only his second game as a Giant.

“I think they both did a good job,” Daboll said. “They were prepared and that’s a credit to them, first and foremost, but then (offensive line coach) Bobby (Johnson) and (assistant offensive line coach) Tony (Sparano, Jr.) spend a lot of extra time with some of those younger guys or guys that are working on the practice squad. They were both ready to go and prepared and did a good job. We’ll work with them this week and we’ll see how it goes this week, but I was pleased with how they responded with having to go in there and play.”

One potential offensive line replacement is Nick Gates, who has been practicing since Oct. 5, his first work with the team since his catastrophic lower left leg injury suffered a year ago. The Giants have until Wednesday to decide to activate Gates or keep him on the reserve/physically unable to perform list for the remainder of the season.

“We’ll talk about it here in the next couple days,” Daboll said. “Nick’s done a good job since he’s been out here working out. We’ll revisit that here tonight.”