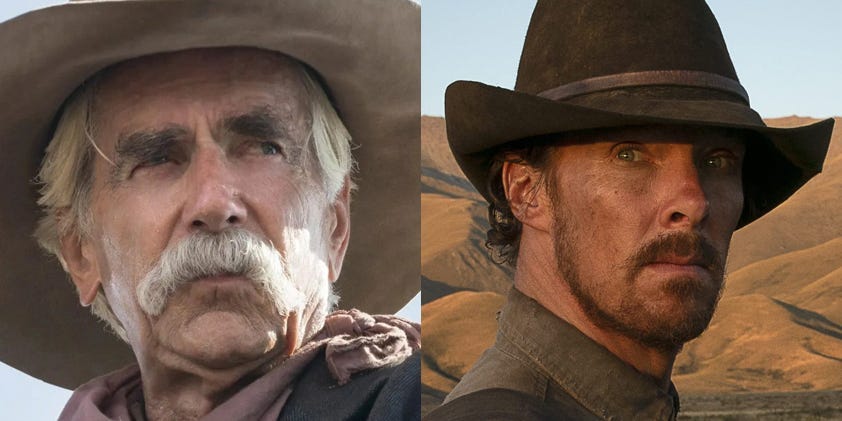 Benedict Cumberbatch has responded to Sam Elliott’s criticism of “The Power of the Dog.”

He compared the cowboy characters, played by Cumberbatch and Kodi Smit-McPhee, among others, to Chippendales dancers who “wear bow ties and not much else.”

“That’s what all these fucking cowboys in that movie looked like,” he said. “They’re running around in chaps and no shirts. There’s all these allusions of homosexuality throughout the movie. Where’s the Western in this Western?”

Elliott noted that Jane Campion is a “brilliant director” but asked, “What the fuck does this woman from down there [New Zealand] know about the American West?

During a BAFTA Film Sessions event on Friday, Cumberbatch spoke about Elliott’s criticism.

“I’m trying very hard not to say anything about a very odd reaction that happened the other day on a radio podcast over here,” he said.

“Without meaning to stir over the ashes of that … someone really took offense to – I haven’t heard it so it’s unfair for me to comment in detail on it – to the West being portrayed in this way.”

“These people still exist in our world,” he continued, referring to his emotionally repressed, gay character, Phil Burbank.

“Whether it’s on our doorstep or whether it’s down the road or whether it’s someone we meet in a bar or pub or on the sports field, there is aggression and anger and frustration and an inability to control or know who you are in that moment that causes damage to that person and, as we know, damage to those around them.”

He said there is “no harm” in “looking at a character to get to the root causes of that.”

“This is a very specific case of repression but also due to an intolerance for that true identity that Phil is that he can’t fully be.”