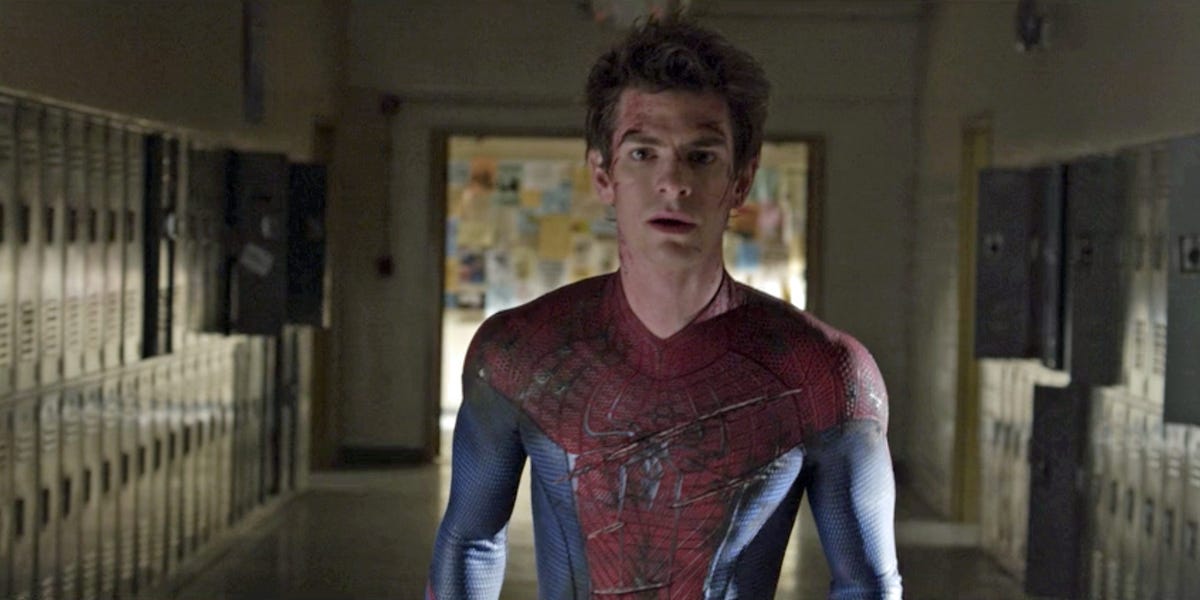 Andrew Garfield told Variety that he improvised the line “I love you guys” in “Spider-Man: No Way Home.”

Garfield spoke to Variety about his return to “Spider-Man” after denying his role in the film for months.

“There is a line that I improvised in the movie, looking [Maguire and Holland] and I tell them I love them, “Garfield said.” It was just that I loved them. “

The line was part of the reason fans were so excited about Garfield’s performance in the movie.

When asked about working with his fellow “Spider-Man” actors Maguire and Holland, Garfield said, “I think the first time we were all in the suit together, it was hilarious because they’re like three ordinary guys who just They were actors. But also, you become a fan and you say, ‘Oh my gosh, we’re all in the suits together and we’re doing the pointing thing!’

“There was talk of going to the bathroom and, you know, going around the package. We talked about what worked for each of us. Tom was jealous because I have little zippers on my suit that I can take my hands off very easily. to get his phone working, he had to use his nose because he couldn’t get to his hands. We would also have deeper conversations and talk about our experiences with the character. “

Garfield also talked about how “Spider-Man: No Way Home” brought closure for his character.

“I’m really, really grateful that I was able to tie up some loose ends for the Peter that was playing,” Garfield said. “It was joyous and a feeling of closure for me. There were so many unanswered questions for my Peter, where did we leave him. I was able to step back and heal him a bit.

“I will say the image of my capture [Zendaya’s] MJ – that was really beautiful and it kind of convinced me of everything. ”

“Spider-Man: No Way Home” is now in theaters.